Just as a candle cannot burn without fire, men cannot live without a spiritual life

The Ottawa Buddhist Vihare, which is also the home of the Ottawa inter-community Buddhist Society, the purpose of which, is to provide a place and the needed resources to those who are seeking the needed spiritual life. The Ottawa inter-community Buddhist society comprises of Buddhists with origins in Sri Lanka, Vietnam, Cambodia, Burma, Lao, Bangaladesh, Chinese, Thai, Malaysian, Indian and Nepalese; and also, both Buddhists and non-Buddhists, from Canada, Russia and Mexico. All of them come together to seek that spiritual life.

The Ottawa Inter-Community Buddhist Society was around 15 years ago. The present location, a few blocks south of Ottawa’s Parliament buildings, came to being in March 2013. The Ottawa Inter-Community Buddhist Society was the brain-child of Venerable Dr. Walasmulle Sirisumana Thero. Today, under the guidance of Dr. Walasmulle Sirisumana Thero, several monks reside permanently at the premises with the intent to help those seeking that spiritual life. 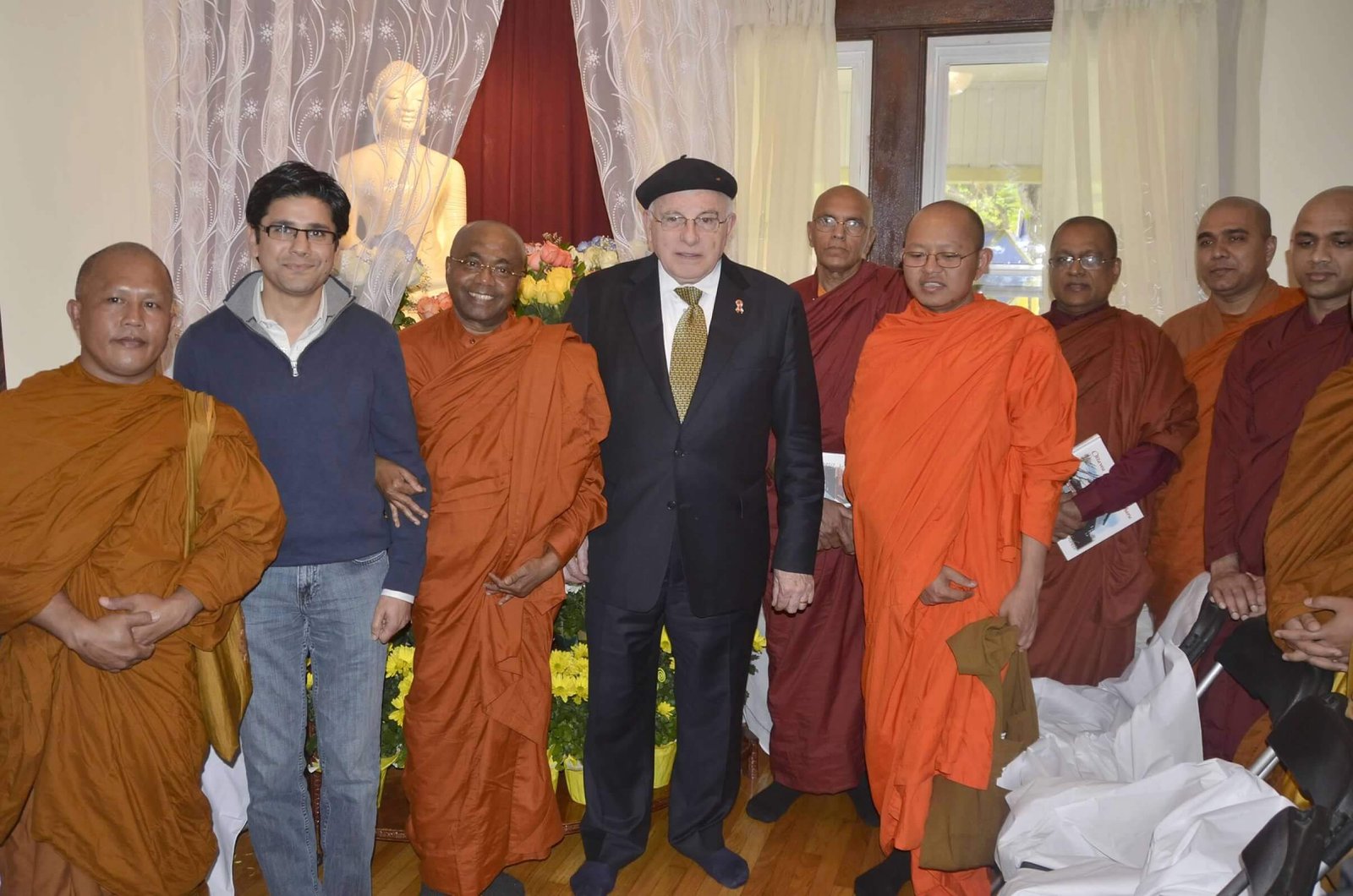 Today very nearly everyone, especially in the urban environments, come under a multitude of pressures, from the work, the family and of course in general, to make ends meet in a highly competitive world. This battle to live, by the ordinary folks, is exacerbated by so many unforeseen events, illnesses and various other things that are completely out of the control of these people. People are under stress, and live in fear of the unknown, as a result. This is why people seek solace in spirituality and some degree of comfort and relief by practicing religious activities on a regular basis.

Buddha’s teaching categorically states that the mind is the forerunner. Everything that happens externally and internally to a person is perceived in one way or another by the mind of that individual. These perceptions could be handled and controlled (this is the only true ‘control’ that anyone has at their disposal) by learning to control the mind.

In facilitating the development of the spiritual life, the resident monks will help those who wish to learn Buddha’s prescriptions to control the mind, thus developing a sense of equilibrium in the mind and the tools to deal with the day to day vageries of life. The web site helps to describe the type of activities and resources available to develop that much needed spiritual life.

Beginning in the 1980s, he spent 12 years in Russia where he graduated with a PhD in Linguistics. This period was also an opportunity to discuss Buddha’s teaching with his colleagues in the university, of course in secrecy.  Today in Ottawa, there are many Canadians with origins in Russia, who are eager to learn the ultimate aim of mind development from Dr. Sirisumana, of course in their mother tongue, Russian.

Then in the winter of 1998, he came to the ‘other’ great white north, to Ottawa at the invitation of Venerable Ambalangoda Sudhamma Thero. Various circumstances prompted him to establish the Ottawa Buddhist Vihare on his own, when Venerable Ambalangoda Sudhamma Thero decided to return to Sri Lanka.  Since that time various monks had come and stayed at the Vihare whilst helping all those who seek spiritual refuge at the Vihare.

The genesis of the OTTAWA BUDDHIST VIHARA – the contribution of JUSTIN PEIRIS
At a time when Venerable Sirisumana was at a crossroad whether to stay in Ottawa or return to Sri Lanka, it was  Mr. Justin Peiris , who was instrumental in changing his mind, while committing to take sole responsibility for his welfare as well as putting the foundation for the Ottawa Buddhist Temple. Mr Peiris dedicated time and energy year after year. That is how the temple at the first location at Somerset Street in Ottawa came to being.
While Bhante Sirisumana began the new spiritual undertaking, Mr. Peiris with unwavering determination kept his word providing for the needs of the temple as well the well-being of the Bhante.
A more suitable location for the temple was found a few years later at Willow Street. More and more of the community attended the temple which now offered special programs during Vesak and Katina Pinkhamas.as well programs for the Vietnamian and other non-Sri Lankan communities. This was a place of refuge for the Visiting Buddhist monks from Sri Lanka. The congregation now comprised of Sinhalese, ,Bangaladeshi Vietnamese, Chinese and Westerners.
The New temple was registered as a charitable institution. It was through the initiative of Mr Peiris who obtained the relevant legal assistance. This event took place in the year 2003.
It is absolutely necessary to acknowledge the Mahanayake Ven. Sirisumana for his determined service over the years to make the Ottawa Buddhist Vihara a well respected temple in Ottawa, without whose efforts Justin would not have been able to fulfil his wishes. Since his untimely demise in 2004, which left an indelible void, the family of late Justin Peiris continues to this day to honour his legacy and wish. Let us show our gratitude for this noble gift of dharamdana and pass on the Merits to late Justin Peiris. May he attain the supreme bliss of NIRVANA.
Sarojini Peiris -wife , and his family in Canada and Sri Lanka
Toronto- February 3-2021.

The resources to help develop the mind……..

The key motivation of the Ottawa Buddhist Vihare is helping those who wish to learn the teachings of the Buddha and follow the prescribed life style that would certainly bring about calmness to a hectic day. While providing spiritual guidance, the Vihare is also equipped to conduct religious activities where this might have a beneficial effect on those who are looking for solace living in a very disturbed world.

To this end, the sangha at the vihara is composed of the Chief Monk, Ven. Dr. Walasmulle Sirisumana Thero, along with Ven. Omare Nandaloka Thero, and Ven. Devalegama Maithree Moorthi Thero, who organize and conduct guided meditation sessions, Dhamma school for children, dhamma discussions, developing personal techniques for stress relief and psychological consolation, based on Buddha’s prescriptions. Many in the congregation also take part in religious services organized by the monks. The resident monks also engage in limited social services such as counselling where necessary and hospital visits. 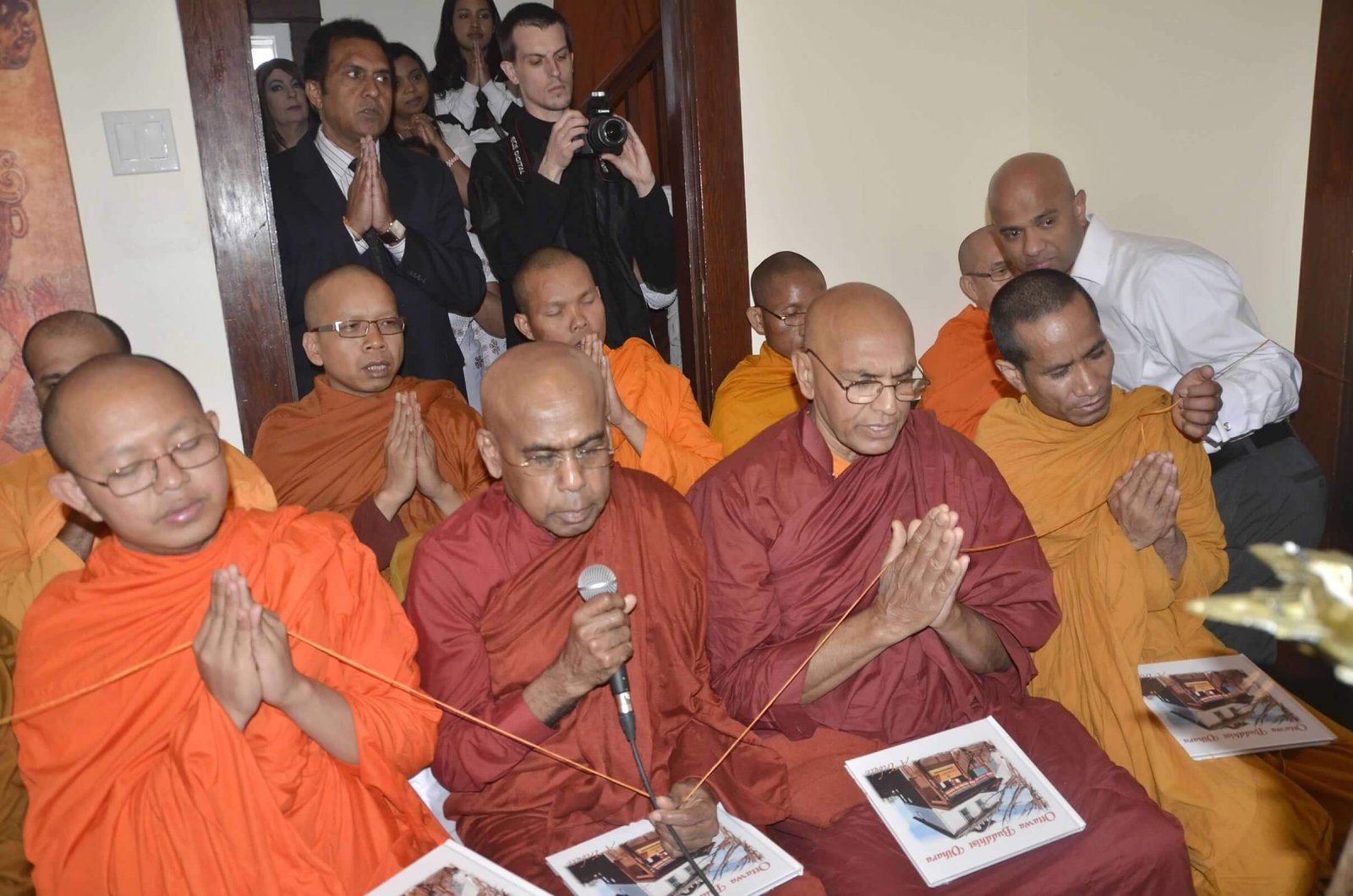 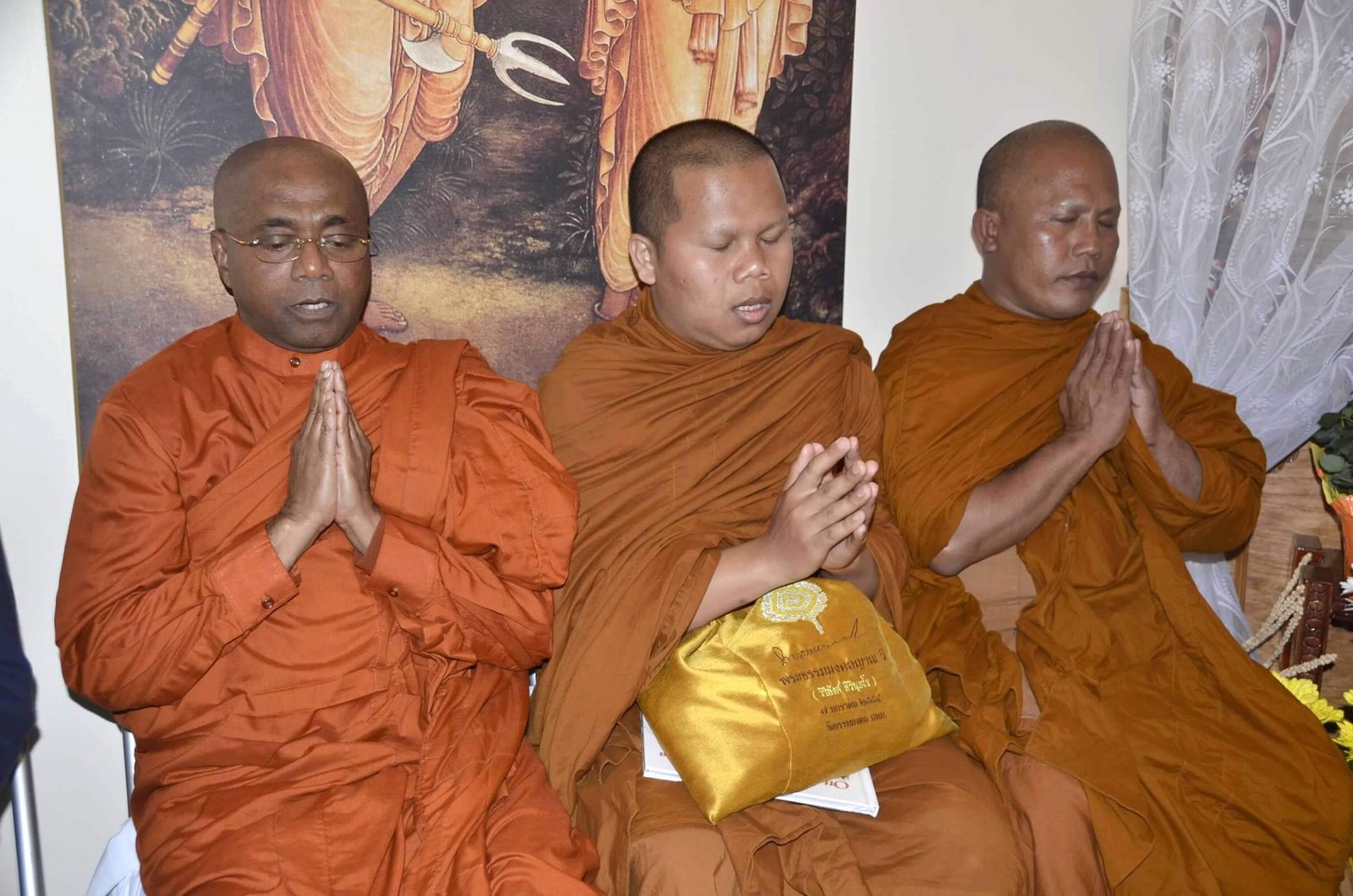 Ottawa Buddhist Vihara provides the following services to the community.

Ottawa Buddhist Vihara is opened to anyone who is interested in learning Buddhism and practicing Buddhist way of life.